Afraid of your teenager? Some tips for winning the battle of wills

Joanne Fedler knows just how unpleasant teenagers can be. She’s mother to two, Jesse and Aidan, and, as with her previous parenting books, their lives are grist for her writing mill as she gives hope and consolation to parents battling teen wars.

South African-born, Sydney-based Fedler is quick to emphasise she is no expert. “I don’t say I know better than anybody else,” she says of her new book, Love in the Time of Contempt (Hardie Grant Books), subtitled Consolations for Parents of Teenagers.

“But I hope that parents will engage with their children, take action, not just sit back and let their kids slide into this silent cyberworld.

“I think a lot of parents are bullied or afraid of their teenagers and step into the shadows. I hope they feel more empowered to say: ‘My job is to connect with my children, and it does not matter how contemptuously they are behaving.’ That is my modest hope.”

A Yale-educated lawyer who now focuses on writing and inspirational speaking, Fedler was approached to write this book by a publisher taken with her popular columns about coping with teenagers for an Australian newspaper’s magazine.

“I am very honest about the experience. I don’t try to make myself look better or romanticise an experience,” she says. “It allows other people to think: ‘It is not just me; there are other people experiencing these myriad conflicts and emotions’.”

So, just as a key to raising teenagers is communicating with them – whether or not they want you – so communicating honestly with readers is the nub of her having sold more than 600,000 books.

” Love in the Time of Contempt addresses some of the thorny questions that have arisen for me in the years of shepherding adolescents to what I can only hope will be the safe harbour of adulthood,” she writes in her introduction.

Those thorny questions range from coping when teenagers are anxious, depressed or even suicidal, or when they come out as gay, to dealing with sexual encounters and preparing them to avoid risky situations. She also talks about body image, picking your fights, fears about teenagers’ safety and rudeness.

Fedler spoke to many parents in researching the book, and some of its content is attributed to them – Kate Shand, whose son committed suicide, for example. But mostly she writes about “her” children Shannon and Jordan – a semi-fictitious compilation of her offspring and those of other people. 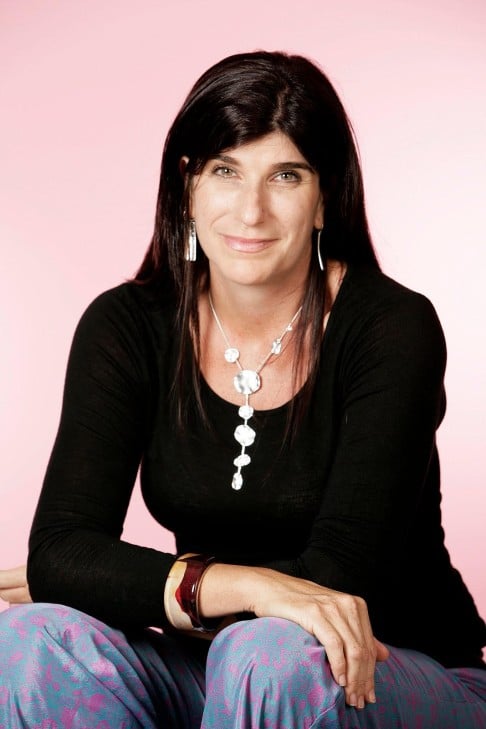 This is to protect her children’s privacy, she says, but she gives their real names in her acknowledgements, becoming defensive at the suggestion this undermines the privacy protection.

“Not all these conversations are ones that I had with my children. I spoke to many other people. It is narrative non-fiction rather than non-fiction; there is artistic licence to blend stories or attribute,” she says. “Some are real, some slightly caricatured, and some have not happened exactly [that way] to my children or other people’s children.”

In any case, many interactions she describes will strike a chord with many parents: “Their comebacks are witty and withering. The other day, when a TV ban was issued for rude behaviour, which got ramped up for answering back, Shannon icily left us with a ‘We’re not Nazis, you know.'”

Response to the book (No1 on Amazon Kindle at one point) “shows me that parents are very hungry to know they have not messed up, that they are not a failure,” Fedler says. “It has been very gratifying to know the things I am writing about are resonating with other parents.”

But that is no great surprise. There is a universality about many parenting experiences, she says. “I think we [parents] are all experiencing some degree of difficulty with teenagers because it is a huge change in identity for them and for us.”

Fedler says the “big message” of her book is that parents should always be connected with their children “and accept that they will always be who they are rather than who we want them to be. My kids reject lots of aspects of who I am.”

For example, if your child pulls away, “you still have to love them through that experience. They are who they are.”

She writes: “So there comes a moment when we realise our teens are surviving us, and not the other way around. They have to make it through our back story in order to find their own story.

“When we realise this, then we know we have grown up. We are finally mature enough to help our teenagers become adults.”

Fedler, who made changes after her daughter read a draft, says there is much she could have included but did not – also drawing the line at using family photographs to publicise her work.

Rather than offer advice, her book “is meant as a companion to parents who are struggling”.

“Consolations” was a deliberate choice in the subtitle. “Know that this is a phase,” says Fedler of those moments when teenage children are particularly intolerable. “Remember that you are the only real adult in the room and you have to stay in your skin and not behave as juvenile as they are because it never ends well.”

Sadly, while teenagers can behave unbearably, a lot of parents do not see how amazing and fascinating they are. That can get in the way of enjoying their children while they have them, not pausing to remember that soon they will be gone from the nest, she says. Rather, that’s when those parents feel alone and like failures.

Parents should also ponder what a difficult time this is to be a teenager, “subjected the whole time to the blowtorch of peer scrutiny”, that scrutiny exacerbated by ever-present social media.

“They cannot escape from that world that they so want to be part of,” she says. “I have a lot of compassion for how they feel. It is difficult to stay robust.

“As parents, our job is to break the circuit of the online world. Otherwise they get caught up in that terrible world where there are certain things you have to have or have to be.”

Her hope is the book will encourage parents to think in a different way about their teenagers.

“Even as they push us away, we still have such an important role to play, rather than just rolling our eyes and saying: ‘I cannot wait for them to leave home.’ If you change, you can affect the whole dynamic of the family,” she says.”There is a lot of hype around teenagers these days, and I want to replace a lot of that hype with hope.”

Go to joannafedler.com to read another chapter, or join Facebook group Love in the Time of Contempt to share stories with other parents

One thought on “Afraid of your teenager? Some tips for winning the battle of wills”