As the first of several final episodes signalled, Mad Men, the TV show that’s influenced fashion more than any other since Sex and the City, is coming to an end.

The 1960s period drama about slick ad men and curvy women has been an aesthetic gold mine, influencing the slim silhouette of men’s suits, the beauty ideal for women’s bodies and more, particularly during the first five years of the show’s 2007 to 2015 run. It brought the worlds of fashion and costume design ever closer in the process.

From the very first season, I – like most viewers – was seduced by the show’s post-1950s innocence. I dreamed about living in an era before surgeon general warnings, when cigarettes and booze were a given at lunchtime, and the polished glamour and propriety of opera gloves and pillbox hats were the norm.

“I don’t think you would have liked it,” said my baby boomer mother, shattering the spell. “It wasn’t much of a place for women.”

Of course she was right, as we’ve seen in episodes since, but they did dress fine.

The look of the show was envisioned by costume designer Janie Bryant, who was inspired by old catalogues, her Southern grandparents and the wares at Los Angeles area vintage stores – which she helped to make fashion destinations – including Playclothes in Burbank, the Way We Wore on La Brea Avenue and Shareen downtown.

A womanising, hard-drinking man’s man who could almost be forgiven his sins because he looked so darn dashing in a suit, Don Draper (Jon Hamm) became an instant style icon. His character resonated because it was the antithesis of the business casual, cargo-wearing, metrosexual ideal that existed in the late 1990s and early 2000s. 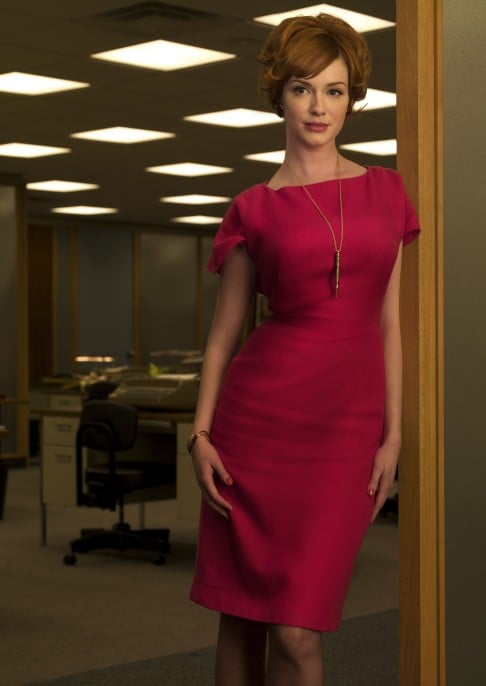 The strength of Don’s uniform for success – the slim grey Brooks Brothers suit, crisp white shirt, neatly folded pocket square, occasional tie pin and fedora – inspired men of the 21st century to dress up in a new, trim-tailored silhouette. Surely it’s no coincidence that men’s retail sales in the United States began an upward climb in 2008, shortly after the series started to run. Although the lumbersexual’s beard oil, pocket whittling kit and made-in-the-USA work boots may be the accessories of choice now, the Mad Men martini shaker, cuff links and pocket squares kicked off the men’s shopping boom.

The women of Mad Men were equally influential, with fans of the series dissecting every look online, from pen necklaces down to power girdles.

Fans wrote impassioned columns in magazines, newspapers and online about how Joan’s (Christina Hendricks’) figure helped them learn to love their curves.

And fashion took notice. In 2010, several designers showed runway collections inspired by a more retro vision of the female form. They included Miuccia Prada, who used fuller-figured models on her runway, and Marc Jacobs at Louis Vuitton, who staged a Parisian love story around a shooting fountain, with clothes designed with voluptuousness in mind.

AMC, which screens Mad Men in the US, capitalised on the throwback style of the show, too, entering a marketing partnership with Banana Republic in 2009 that put Mad Men posters in the windows of stores and a “Mad About Style” guide in the hands of shoppers.

And Bryant became a household name, creating a new model for the costume-fashion designer with a steady stream of outside design gigs.

Over the years, Bryant collaborated with Brooks Brothers, Maidenform, QVC and Shoes of Prey. She wrote a book, The Fashion File: Advice, Tips, and Inspiration From the Costume Designer of Mad Men. And by 2011, she was designing an entire, 1960s-inspired Mad Men collection for Banana Republic. 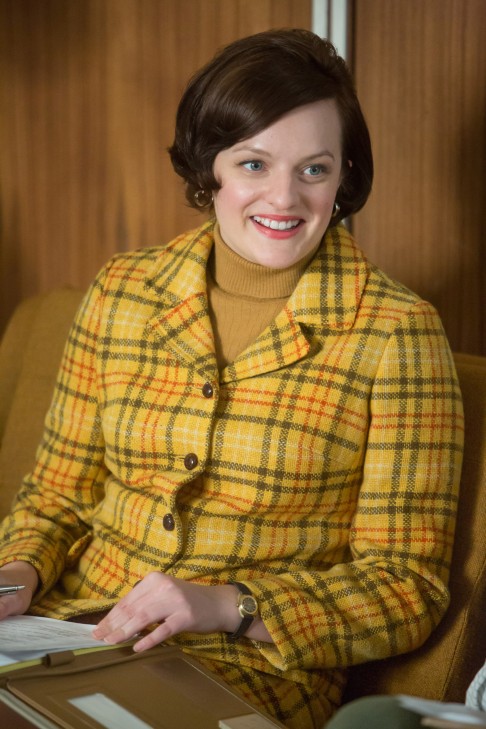 Peggy’s check trouser suit served as a symbol of women’s new-found power in the workplace.

On screen, as the ’60s raged on, the show’s costumes reflected cultural shifts and the emergence of personal style – Peggy’s check trouser suit a symbol of women’s newfound power in the workplace, Stan Rizzo’s beard the mark of a generation determined to break with the conservative past, Sally Draper’s white go-go boots a sign of the rise of youth culture and Megan Draper’s tie-dye mini dress a hint at the sexual revolution.

Only Don has stayed the same. 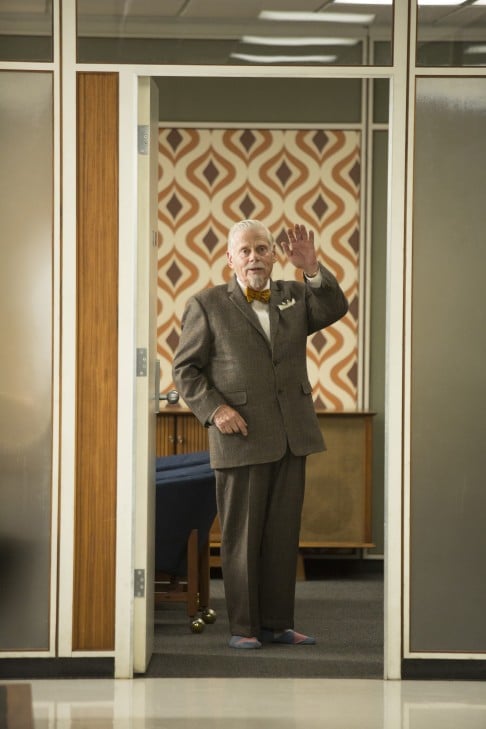 For the final run, Mad Men enters the 1970s, after leaving off in the summer of ’69 with the Apollo moon landing.

Looking at today’s ’70s-influenced fashion, that would be right on trend.