Chilling cockpit recordings during plane’s final moments point to ‘deliberate act’ to crash the plane with 150 aboard, says prosecutor

Agencies in Marignane and Montabaur

A police officer stands next to the apartment believed to belong to Germanwings co-pilot Lubitz in Dusseldorf. Photo: Reuters

Germanwings co-pilot Andreas Lubitz appears to have hidden evidence of an illness from his employers, including having been excused by a doctor from work the day he crashed a passenger plane into a mountain, prosecutors said on Friday.

The evidence came from the search of Lubitz’s homes in two German cities for an explanation of why he crashed the Airbus A320 into the French Alps, killing all 150 people on board.

Prosecutor’s spokesman Ralf Herrenbrueck said in a written statement that torn-up sick notes for the day of the crash “support the current preliminary assessment that the deceased hid his illness from his employer and colleagues.”

Such sick notes from doctors excusing employees from work are common in Germany and issued even for minor illnesses. Herrenbrueck didn’t reveal details of what illness Lubitz was suffering from.

Herrenbrueck said other medical documents found indicated “an existing illness and appropriate medical treatment,” but that no suicide note was found. He added there was no indication of any political or religious motivation for Lubitz’s actions.

The Germanwings co-pilot said to have deliberately crashed an Airbus with 149 others aboard into the French Alps was still getting assistance from doctors after a bout of severe depression, German daily Bild reported today. 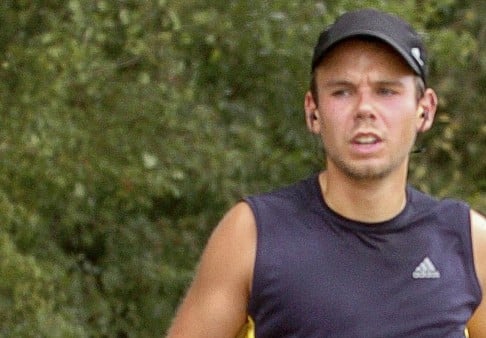 Andreas Lubitz runs the Airportrace half marathon in Hamburg in a 2009 file photo. Photo: Reuters

Bild added that Germanwings’ parent company Lufthansa had transmitted  this information to the LBA. German police had searched the home and apartment of Lubitz for clues as to why he locked out the captain from the cockpit, then wordlessly and “deliberately” slammed the Airbus into a mountain in France.

Lufthansa CEO Carsten Spohr said Lubitz suspended his pilot training, which began in 2008, “for a certain period”. The Bild report said that during the period of his training setback, Lubitz had suffered “depressions and anxiety attacks”.

Then Lubitz continued his training and qualified to fly the Airbus A320 in 2013. The second-in-command had passed all psychological tests required for training and “he was 100-per cent airworthy”, said Spohr.

Lubitz had 630 hours of flight time by the day of the crash.

The pilot’s records were due to be examined by experts in Germany today before being handed to French investigators, the German newspaper reported. 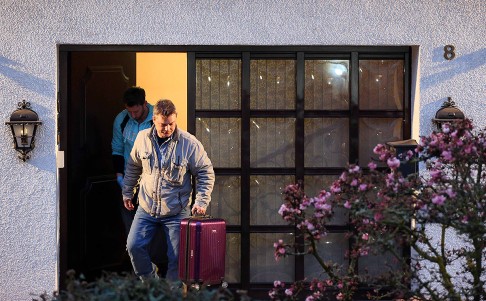 In a chilling account of the final minutes of Germanwings Flight 4U 9525 from Barcelona to Dusseldorf, lead prosecutor Brice Robin said that Lubitz initiated the plane’s plunge into the French Alps while alone at the controls.

An analysis of transponder data by Flightradar24, a flight tracking service, showed that the autopilot was reset to take the plane from 38,000 feet to just 100 feet.

READ MORE: Profile of Andreas Lubitz, the ‘quiet, friendly’ Germanwings co-pilot who was happy to fly

Screams were heard from the cabin in the final moments before the plane slammed into the mountain, according to the plane’s cockpit voice recorder retrieved from the scattered debris on the Alps.

Lubitz, courteous in the first part of the trip, became “curt” when the captain began the mid-flight briefing on the planned landing, Robin said.

For the eight minutes after he began the descent, Lubitz was apparently calm and silent, breathing normally and showing no sign of panic.

“He does not say a single word. Total silence,” Robin said. “The co-pilot was alone at the controls” as the pilot was believed to have gone to the toilet.

Despite the captain’s increasingly furious attempts to re-enter the cockpit, banging on the door, Lubitz deliberately refused to open the door. The A320 is designed with safeguards to allow emergency entry into the cockpit if a pilot inside is unresponsive, but the override code known to the crew does not go into effect if the person inside the cockpit specifically denies entry.

German daily Bild, citing security sources, said today that the captain used an axe to try and force  his way back in. Officials have not yet confirmed this.

Instrument alarms went off, but no distress call ever went out from the cockpit, and the control tower’s pleas for a response went unanswered. Robin said the passengers only realised the horror awaiting them at the very last moment.

“The victims realised just at the last moment,” Robin said. “We can hear them screaming.” They were all killed instantly.

Lubitz appeared to “show a desire to want to destroy” the plane, Robin told reporters after his team analysed the Airbus A320’s cockpit voice recorder.

The French prosecutor downplayed the likelihood that Lubitz accidentally downed the plane with an involuntary turn of the descent button.

“If you passed out and leaned over on it, it would only go a quarter-way and do nothing,” Robin said, adding Lubitz, who had worked for Lufthansa since 2013, had set the controls to “accelerate the plane’s descent”.

Police raided Lubitz’s family home in the town of Montabaur, about 100 kilometres northwest of Frankfurt, as well as his flat in Dusseldorf yesterday. A prosecutor said in a statement that police were focused on “finding and securing personal documents to obtain evidence of a possible motive”. 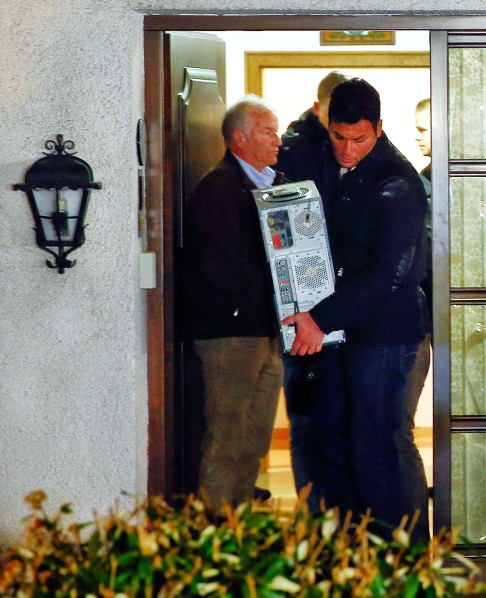 German police officers carry a computer out of a house believed to belong to the parents of Andreas Lubitz in Montabaur. Photo: Reuters

Robin avoided describing the crash as a suicide. “Usually, when someone commits suicide, he is alone,” he said. “When you are responsible for 150 people at the back, I don’t necessarily call that a suicide.”

Lubitz’s Facebook page, deleted Tuesday, showed a smiling man in a dark brown jacket posing in front of the Golden Gate Bridge in San Francisco. It was restored as an “In Memory” site following the French prosecutor’s news conference.

French, German and US officials said there was no indication of terrorism. The prosecutor did not elabourate on why investigators do not suspect a political motive; instead they’re focusing on the co-pilot’s “personal, family and professional environment” to try to determine why he did it.

It prompted airlines to review their cockpit policies, many announcing they will now require two crew members in the cockpit at all times.

Leaders of the two nations where most of the passengers hailed from expressed shock and grief at the latest developments.

Spain’s Prime Minister Mariano Rajoy said he was “deeply shaken” by the news and sent his “heartfelt affection” to the victims’ families, dozens of whom had arrived near the crash site. 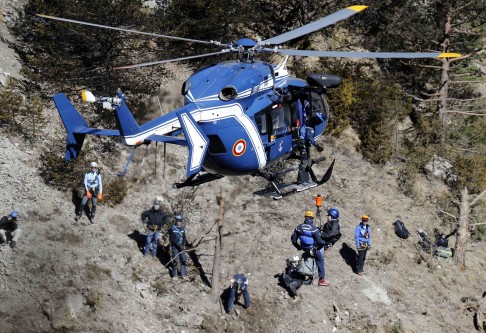 French gendarmes and investigators work amongst the debris of the Airbus A320. Photo: Reuters

Many victims’ relatives visited the Alpine clearing where French authorities set up a viewing tent for family members to look toward the site of the crash, so steep and treacherous that it can only be reached by a long journey on foot or rappelling from a helicopter.

Remains found scattered across the scree-covered slopes were being taken by helicopter to nearby Seyne-les-Alpes.

Lubitz’s family was in France but was being kept separate from the other families, Robin said.

The families were also giving DNA samples to start the process of identifying the remains of the victims, at least 50 of whom were Spaniards and at least 75 Germans. The dead included two babies.

In the first industry responses to the disaster, Canada ordered its airlines to have two people in cockpits at all times, effective immediately.

Many US airlines already have such a policy in place.

Did Captain Zaharie of MH370 lock out the other pilot like Germanwings 4U95252 co-pilot? (the real X-Files)