Why Blurred Lines copyright case was about cash, not artistic theft. The history of past infringements.

Pop artists have always built on sounds from the past, but should that be seen as theft? The jury in Marvin Gaye family’s suit against Pharrell Williams and Robin Thicke thought so

The two-week trial featured pop singer Robin Thicke sidling up to a piano to play songs by U2, The Beatles and Michael Jackson. Superstar producer Pharrell Williams attempted under oath to parse the difference between vibe and theft.

Testimony in a Los Angeles federal court to determine whether Thicke’s groove-heavy, cowbell-driven 2013 pop hit Blurred Lines infringed on Marvin Gaye’s 1977 hit Got to Give it Up was nothing if not entertaining.

But let’s not mince words: the lawsuit litigated against Thicke, producer-songwriter Williams, rapper T.I. and their song was about cash, not artistic theft. If it hadn’t hit big on the charts, there would have been no lawsuit. And on Tuesday, a jury awarded Gaye’s children nearly US$7.4 million after determining that Thicke and Williams had copied their father’s music to create Blurred Lines.

Mostly, the trial was about Thicke’s ill-advised reference to Gaye’s song during interviews and the bid by Gaye’s estate and publishers to take advantage of the fuzzy line between inspiration and infringement, and monetise it.

The verdict against Thicke and Williams could have a chilling effect on creators, especially in an era when almost every song in recorded music history can be accessed in seconds. What artist will acknowledge specific inspiration when it could be used as evidence in a copyright infringement suit?

“Feel, but not infringement,” Williams said on the stand of the differences between his track and Got to Give it Up, which showcases Gaye’s inimitable falsetto and disco-inspired rhythm. “I must’ve been channelling that feeling, that late-’70s feeling.” The Gaye estate, wrote Williams’ legal team, was “claiming ownership of an entire genre, as opposed to a specific work”. 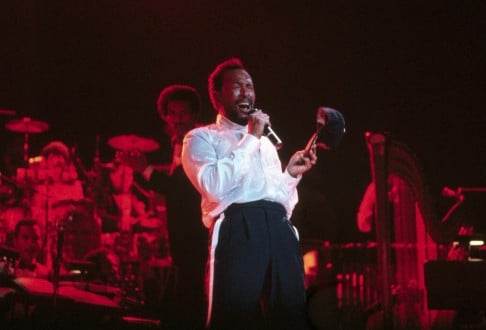 The late, great Marvin Gaye in concert in 1983. Photo: Corbis

Thicke even tried to distance himself from having much of a role in the creation of his biggest hit, claiming to be “high on Vicodin and alcohol” when he arrived at Glenwood Place Studios in Burbank.

That’s quite an admission, considering the track was one of the biggest of 2013 and earned Thicke and Williams about US$5 million each. Before Blurred Lines, Thicke was a notable purveyor of blue-eyed soul. His work with Williams, one of the most successful hitmakers of the past decade, helped make Thicke a household name and earned him a sit-down with Oprah Winfrey.

I feel free. Free from … Pharrell Williams and Robin Thicke’s chains and what they tried to keep on us and the lies that were told
NONA GAYE, MARVIN GAYE’S DAUGHTER

“Right now, I feel free,” Gaye’s daughter, Nona Gaye, said outside the courtroom. “Free from … Pharrell Williams and Robin Thicke’s chains and what they tried to keep on us and the lies that were told.” Gaye family lawyer Richard Busch says he plans to seek an injunction blocking future sales of Blurred Lines.

After the verdict, Los Angeles composer and producer Gregory Butler said that his friends and colleagues in the industry were stunned by the verdict. “You’ve made it illegal to reference previous material,” says Butler, also a managing director at music start-up WholeWorldBand.

“I’m never going to come up with something so radically different that it doesn’t contain references to something else.”

By the time the final arguments were delivered on March 5, questions about the creative process and the art of the song had been explored in detail. In an attempt to define boundaries of expression and composition that have been historically – and rightly – vague, jurors were fed details on the legalities of inspiration.

Those issues are the meatiest to contemplate, because to some ears a side-by-side comparison of the songs in question reveals profound similarities in feel, but are they egregious and obvious enough to earn the Gaye estate a payout?

Which is to say, what else is new? Pop music is, at its base, a form of creative theft, one in which each new generation of artists builds on the vibes and ideas that influenced them during formative years. For every visionary are a hundred thieves, and the only difference is that one celebrates his theft while the others claim ignorance. What, after all, was Grandmaster Flash and the Furious Five’s The Message but a politicised riff on the Sugarhill Gang’s party anthem Rapper’s Delight? Echoes of Ray Charles’ classic What’d I Say can be heard on recordings as far back as the late 1920s, with that same crazy piano riff and mid-song breakdown.

Bob Dylan can’t release a new song without somebody screaming theft. Dylan’s response, as told to Mikal Gilmore in Rolling Stone: “Wussies … complain about that stuff. It’s an old thing; it’s part of the tradition. It goes way back.”

From a legal standpoint, the issue was whether Blurred Lines was an original work or “shares defining compositional elements” with Gaye’s song. This distinction explains why George Harrison’s My Sweet Lord was found in 1976 to have infringed upon the Chiffons’ hit He’s So Fine. The chorus and the vocal melody were virtually identical. Ditto Michael Bolton’s Love is a Wonderful Thing, which was found to have lifted parts of the Isley Brothers’ song of the same name, and resulted in an award of US$5.4 million in 1994. 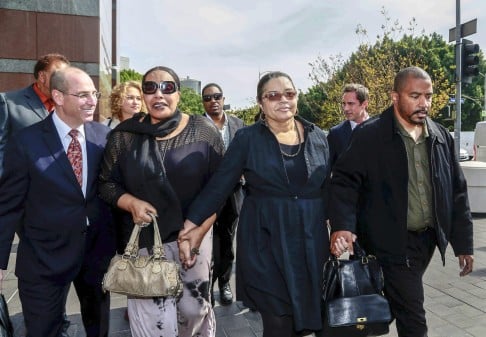 One key difference in 2015, though, is that outside sounds are so easily accessed in the studio. Where once an artist could be inspired only by music he or she had already heard and processed, immediate access to musical ideas is now a search engine away. As a result, the recording studio isn’t the artistic bunker it once was, but porous to all copyrighted work available via YouTube, Spotify and iTunes.

Want a vibe like Gaye’s Sexual Healing? Pull up the track on Spotify and listen to how they pulled it off. It’s a genius song, so why not riff on its structure? As long as an artist doesn’t swipe the lyrics or the main melody, where’s the harm? Williams said Gaye’s work is sacrosanct. Why would he want to steal it? “The last thing you want to do as a creator is take something of someone else’s when you love him,” he said.

Producer Brian Eno, responsible for seminal work with artists including U2, David Bowie, Coldplay and Devo, has said this new openness marks a vital shift. He has noticed that during recent recording sessions artists often reference old recordings as part of the creative process. “We suddenly refer to music a lot in a way that never used to happen,” he said.

“When you went into the studio in the past, you went to a space that was actually, deliberately sealed off from music, because the only music you were supposed to be hearing in there was yours,” he said.

“And this sudden thought that the whole library of recorded music is … available to you as reference material, really. I think that’s changed the way people work a lot. So as a composer, I think it makes a really big difference, because it sort of erases history in a way.”

That flattening of era, genre and production techniques has helped spawn a mix-and-match pop music world in which a Motown-suggestive backbeat can couple with a mid-1990s Chicago house rhythm and a grand production sound inspired by Pet Sounds-era Beach Boys to create something new.

What occurred in the studio with Blurred Lines was that sort of history eraser, and is similar to what occurs regularly. The difference is that Blurred Lines became a hit and proved itself an incredibly profitable piece of art. It spent three months at No1 on Billboard‘s Hot 100, and has earned US$16 million overall, according to testimony.

As it was rising, Thicke told Billboard that on that August 2012 session he had Gaye on the brain. “Pharrell and I were in the studio making a couple of records,” Thicke said, “and then on the third day I told him I wanted to do something kinda like Marvin Gaye’s Got to Give it Up, that kind of feel ’cause it’s one of my favourite songs of all time. So he started messing with some drums and then he started going ‘Hey hey hey …‘ and about an hour and a half later, we had the whole record finished.” He later said he was boasting about his input.

There’s one lesson to be learned: riff all you want on old stuff while brainstorming ideas. Just don’t talk about it, hey, hey, hey, and erase your Spotify history before leaving the studio, hey hey hey.

If you copy or adapt from an original, just pay for the royalties upfront. It’s cleaner.
Black-Eyed Peas paid royalties for “The Time (Dirty Bit)” when they copied “Dirty Dancing – Time of my life”.
Rappers love to use old lyrics and tunes, but they need to pay royalties.