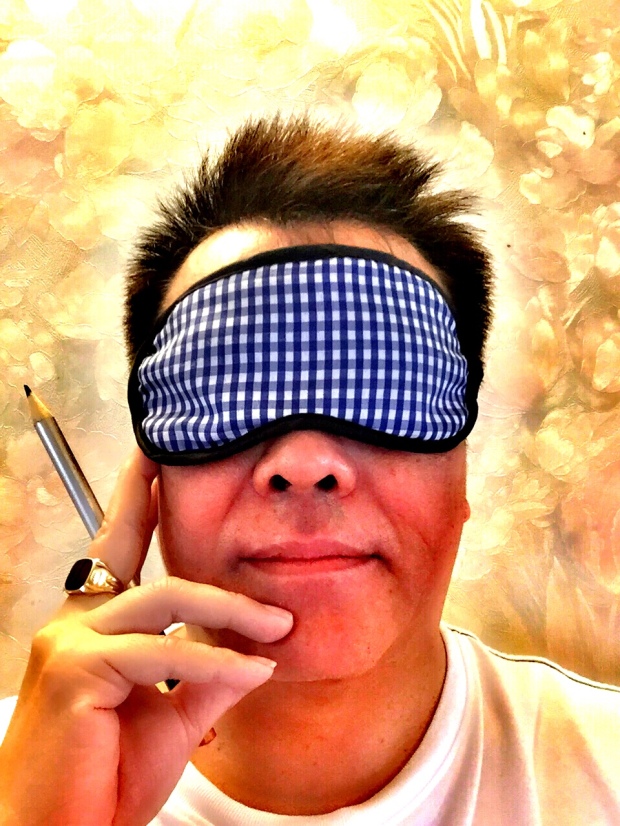 50 Shades of Chaen: new trend each starting with a line – preferably raunchy – from 50 Shades then ending with a punchline where the line is applied to your city’s situations, food, etc. Anyways… I’ll give it a creative go then. WARNING: raunchy “ham sup” Grey-rated.

She wasn’t sure she would let him go all the way.
Her skin so soft, her face so sweet and innocent.
“Don’t worry, I know.”
“Can I touch it…there?” he asked nervously. “Yes” there was tension in the air.
“Relax. Shift to a more comfortable position so that I can move easier.”
Moving back and forth “Hmmm… much better. I can feel it.”
He used his fingers to check how firm they were. “Yaya, right there!”
He found the right spot to start.
“It looks very hard?” “Yes”.
He whispered to her “It’ll hurt a little, it would bleed.”
He insert it in gently. She gasped and breathed heavily.
She grabbed his hands tightly.
“Don’t stop, quickly!”
“Yes, yes!”
“Let’s try a new position. Open your mouth”
She choked. Her mouth was all slimy.
“Rinse your mouth properly.”
The dentist was relieved when it was finally over.
____________________________

“She grunted faster, faster, come faster” “Push, push harder!” “I’m so wet and sweating!”
“Damn! I didn’t think she could me beat me to the finishing line!”

He wanted all the girls. One for each room. The air was tense with excitement. Which one will he choose?
“Boss, which one do you want to hire for the new waitress?”

She waited 6 months for him.
She just could hardly contain herself, she was trembling.
He masterfully removed her sexy see-through red jacket.
Her perfume smelt so good and feminine.
He slowly unbuttoned his collar.
She wipes away his dripping sweat from his forehead.
He massages her nape of her neck, and ear lopes,
“I love those ceiling mirrors!”
Her long slim legs were wobbly, he played with her gorgeous tresses to relax her,
Her hands grabbed the black stick,
yes it’s black and hard,
she played with it for a while.
He in turn kissed her, he turned her around, pressed her back and butt on to him,
and held her so tightly, she sighs loving his reassuring gesture and movements.
“Stop playing with your feet already!”
“You think my boobs are too small?” “Nay, they are soft but perky!”
“You look so beautiful tonight.”
“Come. Let me look at your pretty face. Man, you have smoking hot body. That dress is gorgeous!”
He gave her lots of assurance to overcome her insecurities.
He places his protective hand against the small of her back,
to show that he’s passionate and he cares a lot about her.
Her inner thighs were soft and sweating.
Her lips were dry. “Here, squeeze gently and it’ll come out.”
“I can’t believe we doing this, right here!”
“Everyone can see us.”
“Okay, I’ll draw the curtains.”
They move back and forth, they used tape and wires.
Nothing can break their bond.
“No! I want to see what you are doing, down there!”
He was exploring the best position to start.
“No, right here by the bush!”
“Hmmm… I can feel the spot!”
“Don’t stop! Faster! Faster. Keep finding the spot!”
“Turn it on!”
“I’m nervous… we haven’t done it for 6 month you know.”
“Tonight’s going be our best night yet!”
“Plug it in now! Harder! Quickly!” “Yes, yes, YES!”
He grabbed her big long black stick.
“Ladies & Gentlemen, welcome to Astro’s CNY special! Gong Xi Fa Cai!”
____________________________

She came back from London to visit him in his kampung village after 7 long years.
He was shirtless.
She wore the shortest skirt and a tight pink t-shirt.
They ran to each other. They hug and kissed.
“Wow, you have grown up to be a beautiful woman!”
She was only 16 when she left for London.
“You taught me everything.”
“I missed you so much!”
“You’re soooo experienced and masterful with your hands!”
“I’ll never forget my… first time…”
“Hmmm… “I never knew it could be so gooood!”
“It was a taste of paradise!”
“You prepared me well.
“There was so much stains we had to clean up later, remember?”
“My parents would have killed me if they’d found out!”
“Yes, you were so naive.”
“You knew nothing about size, how to hold it, where to start first,
what is the best way to slowly enjoy it.”
She was itchy to try anything he has to offer.
“Show me what you’ve got, down there!” she demanded.
She spread her legs wider.
“Wow, it’s thick and long.”
“I’ve been dreaming of tasting this for 7 long years.”
Give it to me, Baby!”
She sucked feverishly, slurping, slobbering.
It smells so damn good!”
“WTF?! RM150 for this Musang King Durian! You are paying for this, right!”
____________________________

“If you enjoyed my “ham sup” ‪#‎50ShadesOfChaen‬, 50 Cents donation to charity please!”