They say that when it comes to casinos, the house always wins. But as Macau’s gaming behemoths digest the incredible events of the past six weeks, they must be thinking that whoever coined the phrase never played against the Communist Party.

The gaming grandees of the former Portuguese enclave thought they held all the aces after 10 years of highly lucrative liberalisation. But in less than two months they have been shown a future where the certainty of a winning hand no longer holds.

In Macau, its called the New Normal. The old ways of doing things are out, and not just for the casinos and the shady network of junket operators that have formed the bedrock of their success, but in the way the whole city conducts its business. This is change with a capital “c”. 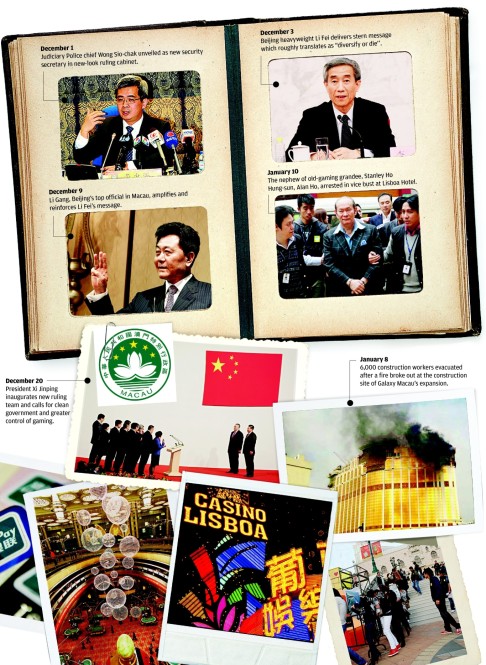 When the senior-casino-executive nephew of Stanley Ho Hung-sun – the Hong Kong-based octogenarian tycoon who monopolised Macau casinos for four decades – is arrested for running a prostitution ring in the property that was considered the city’s flagship gaming venue back in the day, you know something has changed, forever.

In the wake of the arrest of SJM executive Alan Ho, Macau police said they were following the trail left by HK$400 million in payments linked to a prostitution ring run in the basement of the old Lisboa Hotel. It’s clear they mean business, and their confidence stems from the power at their back – President Xi Jinping’s “tigers and flies” anti-corruption drive and its international arm “the fox hunt”.

All this has left a multibillion-dollar industry, which accounts for most of Macau’s economy but has long been suspected of links to money laundering and crime, staring at an uncertain future. It has also seen wealthy mainland gamblers shun the casinos, driving a knife into the heart of the VIP-junket operations that until now have been the lifeblood of the city’s gaming industry.

Junket operators are middlemen who bring in high rollers and loan them money to gamble in VIP rooms.

“The Macau environment is becoming more difficult for various reasons, most obviously because the Chinese corruption investigations have dissuaded some from high-stakes gambling,” said Jason Wright, managing director of Kroll, a US risk consultancy.

“We have also seen an increase in clients wanting to know whether possible partners are gambling large sums in Macau, and seeing that as a potential red flag. At the same time, the FBI is also taking more of an interest in what’s going on in Macau, and has been investigating overlapping interests between the junkets, sports-betting groups and high-stakes poker.”

Mainland authorities were asking casinos for information on their clients, and the casinos were obliging, said a Macau analyst who declined to be named. “Over the last few years, VIP junkets have been cooperating closely with the Chinese government. The Chinese government has been pressurising them. This has intensified because of the corruption crackdown,” he said.

Last November and December saw the announcement of a crackdown on illicit money flows into Macau, and a complete reshuffle at the very top of the city’s government. As well, President Xi visited Macau to mark the 15th anniversary of the city’s return to Chinese sovereignty and – not to put too fine a point on it – to read the riot act.

The message was clear: Shape up, clean up or ship out.

His sights were on the VIP-room operations that have always exceeded mass-market revenue, and are now closing down in significant numbers as the crackdown bites. 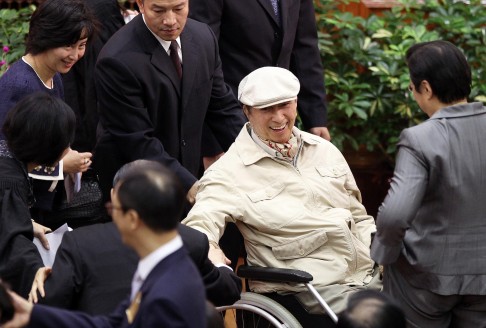 “This corruption crackdown is the biggest ever in China’s history,” he said. “Macau is suffering collateral damage. No matter how honest you are, nobody wants to subject themselves to scrutiny.”

The vast majority of the high rollers on the VIP junkets were mainland officials and their associates, said Bill Majcher, a Hong Kong-based investment banker.

There was a large amount of unreported money going across the border from the mainland to Macau, facilitated by unofficial gambling, Majcher added. Some VIP-junket operators under-reported their revenue to the casinos from which they rented rooms to operate games, he explained.

A risk consultant who declined to be named said: “The Macau government is supposed to consider good character, honesty and integrity as part of the suitability assessment for any gaming concessionaire.

“I am not sure that has been a major consideration previously, or that it is likely to be so in future.”

On January 2, Melco Crown Entertainment announced plans to delist from the Hong Kong stock exchange, but said it would retain its American Depositary Receipt listing on Nasdaq.

Part of the reason for delisting given by the casino operator was “additional ongoing regulatory compliance” involving “significant additional costs and administrative burden”.

“Hong Kong has never been a harder regulatory environment for companies to list,” said Stephen Peepels at DLA Piper, an international law firm.

In contrast, the New York Stock Exchange and Nasdaq had toned down their regulatory scrutiny to make it easier for foreign companies to list, Peepels said. This could be a reason for the surge in Chinese tech companies listings in the United States last year, he added.

With the delisting, Melco Crown no longer needs to comply with the rules of the Hong Kong exchange. Under those, if a company wished to conduct certain transactions, it was required to disclose them to the market and name the people involved, said a Macau gaming insider.

Unlike Melco, Sands China had no plans to delist from the Hong Kong exchange, but would continue to develop its properties in Macau, said Ron Reese, a spokesman for Las Vegas Sands, the US parent of Sands China.

The Parisian Macao, Sands China’s US$2.7 billion gaming resort, was expected to open by early next year, Reese said. When the Parisian opened, Sands China would have invested a total of US$11 billion in Macau, overwhelmingly in non-gaming sectors, Reese added.

However, revelations may surface in an ongoing legal battle in the US between Sheldon Adelson, chairman and CEO of Las Vegas Sands and chairman of Sands China, and former employee Steven Jacobs.

Jacobs is suing Adelson for wrongly dismissing him as Sands China CEO in 2010, alleging this was because he disagreed with Adelson over demands that Jacobs collect information on Macau officials to influence them.

Sands alleges that Jacobs “stole” documents when he was fired, and that they should be legally off limits in the lawsuit.

This article appeared in the South China Morning Post print edition as Knocking down Macau’s house of cards
PUBLISHED : Sunday, 18 January, 2015, 4:31am