Justin Bieber’s all grown up in new Calvin Klein ad 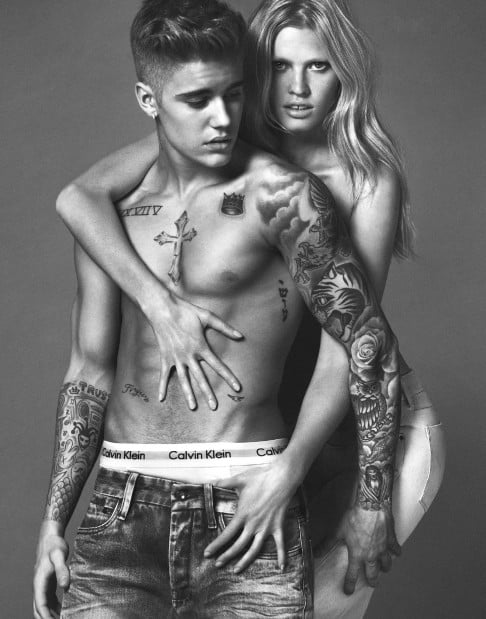 Justin Bieber and Lara Stone in the 2015 Calvin Klein campaign.

Last Friday, London Collections: Men kicked off the 2015 fashion calendar. And as much as our attention turns to the male models on the catwalks of the British capital, there is another guy commanding more than his fair share of industry attention.

Justin Bieber, platinum selling phenomenon and bratty superstar, is the new face of Calvin Klein Underwear and Calvin Klein Jeans. As much as I realise that he is the stuff of many teenage girls’ dreams, there are some of us who couldn’t quite picture the Bieb’s naked torso peeking from those iconic white, lettered waistbands.

There are also those who still can’t shake the skinny baby-faced 14-year-old from our minds. But child-no-more Bieber is out to show the world what puberty and having a seriously well-equipped home gym can do for a young frame.

The former child star has tattoos on both arms, with a cross etched into the middle of his rather buff chest. His body, toned to perfection, flashes some serious guns and abs.

The moody black and white ads show Bieber entangled with Calvin Klein regular, the blond and buxom Lara Stone, who I’d imagine would eat him alive. Shot by noted photographic duo Mert & Marcus, the campaign is a coup for those at Calvin Klein who are increasingly eyeing the younger demographic.

The brand has already made inroads with its recent aggressive social media campaign featuring the classic Calvin Klein underwear on a series of socialites, models and celebrities on Instagram. So I doubt it’s a coincidence that the brand has chosen Bieber, who has been named Twitter’s most tweeted about celebrity of 2014. 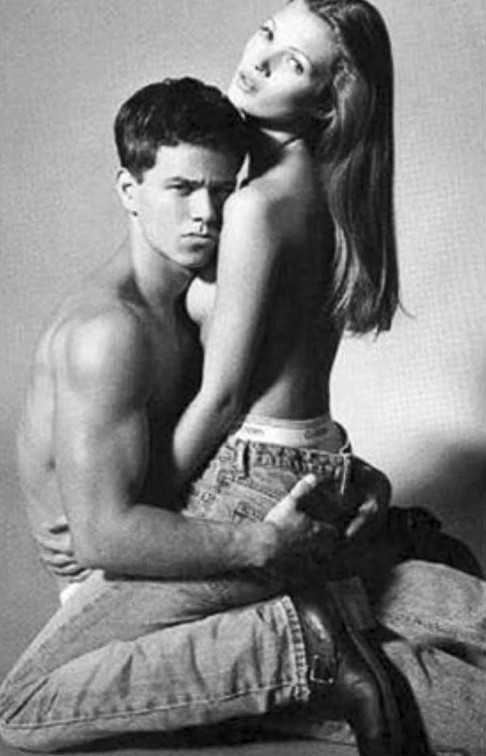 Of course, musicians have been part of Calvin Klein’s strategic advertising before. Who can forget that picture of young Mark Wahlberg being straddled by a topless Kate Moss in 1992 – a moment that was later revealed by both to be nerve wracking. Are Lara Stone and Bieber the modern-day equivalent – “it” model and male singer du jour? If so, which couple did it best?

Fashion Editor Jing Zhang gives you the inside scoop on style trends, Fashion Weeks, industry news and events in Hong Kong, Asia and internationally. There will be live updates from biggest fashion shows and often daily uploads of the best collections and collaborations. Read for the latest insights on top designers, eccentric local labels, plus what is trending in global and Greater China fashion. Jing was born in Guizhou, China and grew up in Hong Kong and England. Follow her on Twitter @jingerzhanger#JustinBieber #MarkWahlberg  #CalvinKlein