The worst stampedes of the 21st century: Factbox

This overhead view shows emergency vehicles amongst the crowd after a stampede by new year’s revellers in Shanghai during the dawn of 2015. Photo: AFP

With at least 36 people dead and 48 injured, the chaotic New Year’s Eve stampede in Shanghai is the latest in a list of several tragic incidents during the last ten years.

In chronological order, here are some of the worst stampedes of the 21st century, with 100 or more deaths and injuries.

May 9, 2001 – 126 were killed during a football match in Ghana’s Accra Sports Stadium after police fired tear gas at rioters.

February 20, 2003 – 100 were killed in The Station nightclub fire in Rhode Island, many of them trampled. 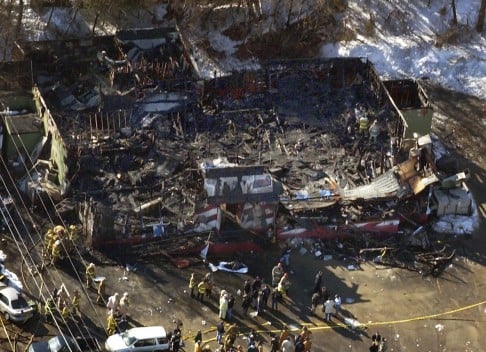 In this February 20, 2003 aerial file photo, authorities continue their work at The Station nightclub where more than 100 people died. Photo: AP

February 1, 2004 – 251 people were killed at Mecca’s Jamarat Bridge during the Stoning of the Devil ritual.

January 2005 – 265 people were killed in a stampede near a remote temple in Maharashtra, India. 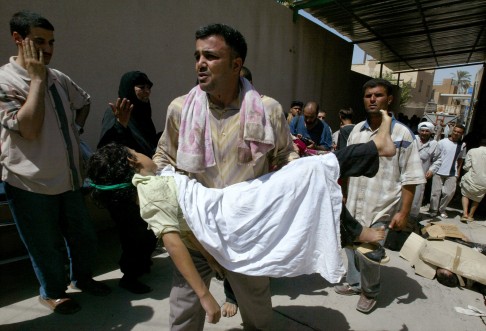 January 12, 2006 – 345 were killed at Mecca’s Jamarat Bridge during the Stoning of the Devil ritual.

August 3, 2008 – At least 162 people were killed and 47 injured in a stampede at the Naina Devi temple in Himachal Pradesh in mountainous northern India after a rain shelter collapsed. 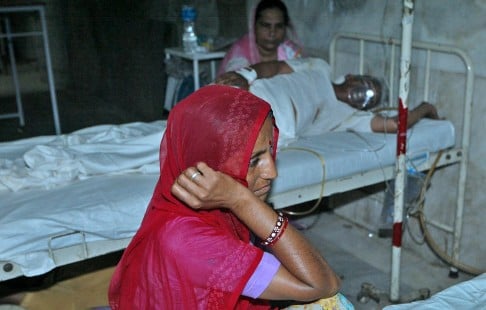 Injured Indian patients are attended by relatives in a ward at The Mathura Das Mathur Hospital after the Chamunda Devi stampede. Photo: AFP

March 29, 2009 – Known as the Houphouët-Boigny Arena stampede, 19 people were killed and 130 injured at a football stadium in Côte d’Ivoire as fans tried to squeeze into the stadium for a World Cup qualifier.

March 4, 2010 – At least 71 were killed and over 200 injured in Kunda, India after the gates of Ram Janki Temple collapsed during a stampede. Revellers rush up a hill after panic breaks out during the Love Parade in Duisburg, Germany. Photo: AFP

November 22, 2010 – A stampede during a water festival near Cambodia’s royal palace in Phnom Penh killed at least 347 people.

January 1, 2013 – 60 died, including 26 children, and more than 200 were injured in a stampede at the Stade Félix Houphouët-Boigny during a New Year’s fireworks celebration in Abidjan. 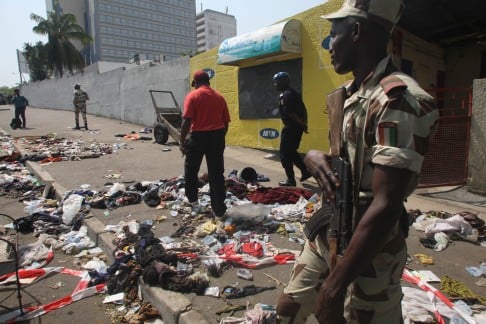 A soldier stands guard as a man walks among clothing and various items spread scattered on the pavement at the scene of the Abidjan stampede. Photo: AFP

January 1, 2013 – 10 people were killed and 120 injured in Luanda, Angola, as they tried to enter the overcrowded Estádio da Cidadela for a New Year’s Eve vigil.