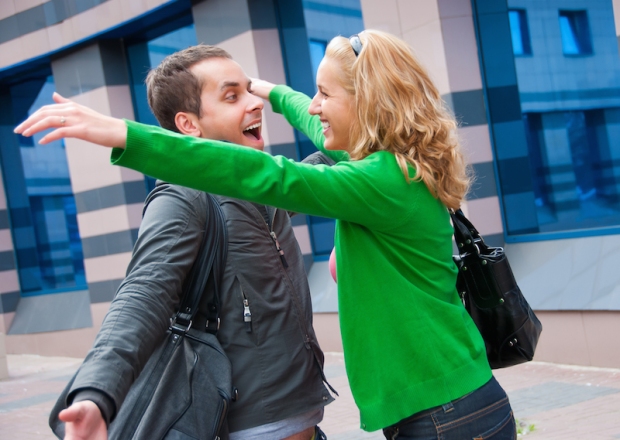 It may sound strange, but hugs can protect stressed individuals from getting sick, according to researchers at Carnegie Mellon University who say hugging represents a close relationship and a source of social support.

“We know that people experiencing ongoing conflicts with others are less able to fight off cold viruses,” says lead study author Sheldon Cohen. “We also know that people who report having social support are partly protected from the effects of stress on psychological states, such as depression and anxiety.”

Working with 404 healthy adults, the researchers determined each participant’s perception of social support by means of a questionnaire.

Over the course of two weeks, they held nightly telephone interviews with each participant to assess the frequencies of interpersonal conflicts in their lives and how often they received hugs.
Next, researchers intentionally exposed participants to the common cold virus and quarantined them.

“We tested whether perceptions of social support are equally effective in protecting us from stress-induced susceptibility to infection,” says Cohen. “And also whether receiving hugs might partially account for those feelings of support and themselves protect a person against infection.”

According to results, perceived social support did indeed reduce the risk of infection that arises due to interpersonal conflicts, and one third of this infection-reducing social support was attributed to hugs.

Participants who became infected with the common cold due to the intentional exposure experienced less severe symptoms if they perceived themselves as having significant social support and were frequently hugged.

The study is to appear in the journal Psychological Science. – AFP/Relaxnews, December 19, 2014.