Increasing religious fundamentalism and authoritarianism propel many to leave

In the past, it was Malaysian’s ethnic Chinese and Indians who left in large numbers for better opportunities that would be based on meritocracy and not race. But now it is Muslims who want out. Photo: Reuters
It was 3am when a 30-year-old female Malay financial researcher was woken up by her flatmate in a middle class suburb in Kuala Lumpur early this year.

Six to seven men from the Selangor State Islamic Department (Jais) had entered her apartment in a “morality” raid.

An anonymous phone call to the religious department alleging a man was seen entering her flat was all it took for the religious officials to descend on her home.

“The men were not accompanied by any woman. They searched all our bedrooms, closets and even looked under the bed as they thought a man could be hiding there,” said the researcher who spoke on condition of anonymity.

The incident left her angry and helpless and helped compel her to make plans to leave Malaysia in two years.

The researcher is one of an increasing number of Malay Muslims aspiring to leave this country of 30 million.

In the past, it was the country’s ethnic Chinese and Indians who left Malaysia in large numbers for better opportunities that would be based on meritocracy and not race.

The World Bank estimated in 2011 there were 1 million Malaysians who migrated overseas and the real number could be much larger.

As the majority in the country who enjoys special privileges in education and employment under decades-old affirmative action programmes, it makes their aspiration to migrate more compelling and highlights the growing extremism creeping into modern and moderate Malaysia.

“I don’t feel safe in this country anymore,” the researcher said. “It’s like you are guilty until proven innocent. Anyone can make a phone call to accuse another person out of malice or vengeance and, without proof or investigation, the religious authorities will come to your place.”

The researcher, who has been living in the apartment for two years, shares the flat with three other women.

“They found cigarette butts on the balcony and said that showed a man was in the house. We told them all of us in the flat smoke,” she said. “Then they saw two pairs of boxer shorts which belonged to me and said that must belong to a man. I told them they were mine.” 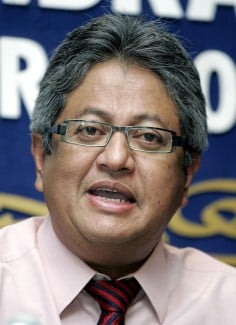 Former law minister Zaid Ibrahim said Malays would soon join the Chinese in emigrating from Malaysia to escape the growing religious fundamentalism and authoritarianism where a Muslim can be easily persecuted for anything that is perceived as “insulting Islam”.

“The rising extremism affects Muslims more than anyone else in the country. This fear of extremism drives Malays out of the country,” Zaid said.

“We (Muslims) are having more and more laws. In the state of Kelantan, a person can be arrested and jailed if he fails to attend Friday prayers three times in a row,” said Zaid, adding that a lot of moral issues have been criminalised.

“Before, they (religious authorities) tell you gambling is sinful. Now you can be arrested for buying a four-digit lottery.”

Under the constitution, if a person is born Malay, speaks the Malay language and practises the Malay culture, he or she must be Muslim.

The country’s religious authorities’ power has grown significantly in recent years with an expanded government budget for their departments where they answer to no one, he said.

“The politicians do not rein them in as they do not want to lose votes,” Zaid said.

“Malaysia has become a Saudi Arabia but with the Twin Towers,” he added referring to the iconic Petronas Towers in the capital, Kuala Lumpur.

“The only difference is, the women here are allowed to drive.”