Malaysian Muslims attend a “Pray for Malaysia” event at Independence Square in Kuala Lumpur on Friday 15.08.2014. Malaysian police have foiled plans for a wave of bombings drawn up by radical Islamic militants inspired by the hardline Islamic State jihadist group, a counter-terrorism official said. Photo: EPA

Malaysian police have foiled plans for a wave of bombings drawn up by radical Islamic militants inspired by the hardline Islamic State jihadist group, a counter-terrorism official said yesterday.

Ayob Khan said the group, all Malaysians, had visions of establishing a hardline Southeast Asian Islamic caliphate spanning Malaysia, Indonesia, Thailand, the Philippines and Singapore, and planned to travel to Syria to learn from Islamic State, which has captured vast swathes of territory in Iraq and Syria.

The plotters included professionals and two housewives. They were only in the early stages of discussing their plans and did not have heavy weapons or bomb-making knowledge, he said.

Seven have already been charged with offences ranging from promoting terrorism to possession of home-made rifles. 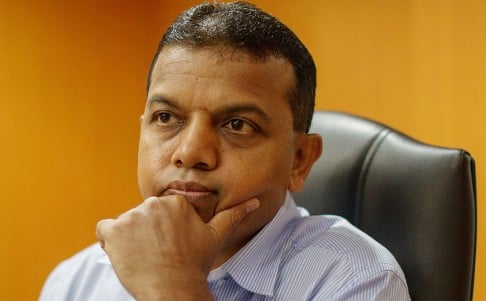 They planned “a campaign of violence and armed struggle and to die as martyrs”, Ayob Khan said, adding that police believed there could still be co-plotters at large in Malaysia.

Some of those arrested were apprehended at airports on the way to Turkey and Syria to seek training from Islamic State.

The plotters were aged between 20 and 50. Some of the arrests had been previously announced by authorities, but police had not detailed the group’s suspected plans.

Some had begun raising money – including via Facebook – to travel to Syria, typically under the pretext of “humanitarian work“, Ayob Khan said.

“From interrogating them, they talk about [Islamic State] ideology, including the killing of innocent people and also Muslims who are not in their group,” he said. Bars were apparently targeted because drinking alcohol is forbidden by Islam, he added.

Ayob Khan said the suspects had also hoped to create networks with regional and global Islamic State cells. He said up to 40 Malaysians had gone to Syria to join the civil war there.

According to local media reports, 26-year-old Malaysian factory worker Ahmad Tarmimi Maliki blew up 25 elite Iraqi soldiers in a suicide car-bomb attack there in May.

Malaysia has previously been home to several suspected key figures in groups such as al-Qaeda-linked Jemaah Islamiyah, a Southeast Asia-based organisation blamed for the 2002 Bali bombings – which left 202 dead, including 11 Hong Kong residents – and other attacks.