Triple death by falling tree in 6 years. Doctor tells on Facebook page how he brought baby back to life after tragedy

Children lay flowers at the spot where a 37-year-old woman was killed by a falling tree on Thursday. Photo: Felix Wong

A doctor who revived a 38-week foetus after an emergency caesarean section may have inadvertently stepped into a controversy as he shared the experience on his Facebook page of how he helped the boy regain his heartbeat.

While Dr Patrick Leung did not disclose the patient’s identity or any personal information, the highly unusual circumstances of the case pointed to the 38-week-old baby whose mother was tragically killed by a falling tree on Thursday near a Mid-Levels residential block.

Leung removed his Facebook message hours after it was posted. 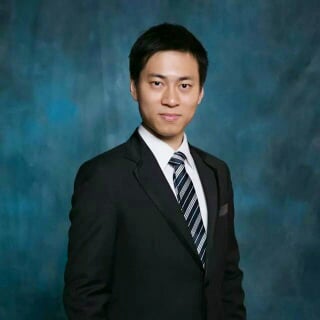 Patients’ Rights Association spokesman Tim Pang Hung- cheong said the doctor did not violate doctor-patient privacy and he may have been excited after the operation. But he reminded doctors that they should be more careful in disclosing a patient’s condition.

In the original message on Leung’s Facebook page, he said Thursday “was a very dark day” in his life, and he had yet to recover from the exertion of helping to save the boy’s life.

He said the emergency unit at Queen Mary Hospital suddenly received a heavily pregnant woman, who was injured by a fallen tree.

Without revealing the patient’s identity, he wrote that medics attempted to revive the woman with cardiopulmonary resuscitation (CPR) in an ambulance en route to the hospital, but were unsuccessful.

Doctors decided to perform a perimortem caesarean section to deliver her baby, after an ultrasound scan detected a weak heartbeat from her abdomen. 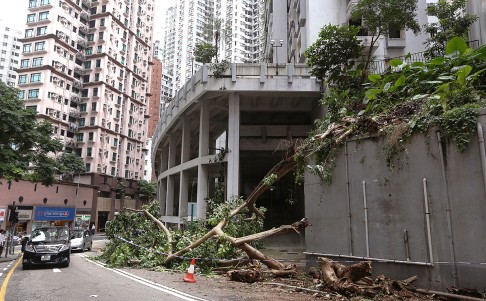 Zhang Qin was killed when a 10-metre-tall Indian rubber tree fell on her in Mid Levels shortly on Thursday 14.08.2014. Photo: Sam Tsang

“The baby was dying and had no pulse. I and other NICU [neonatal intensive care unit] doctors performed first aid on him,” Leung wrote. Leung said he performed CPR on the baby while other medical staff gave the boy oxygen.

He explained how doctors pressed an oxygen pump once for every three times that he pressed on the baby’s chest as they battled to save the infant.

He added: “After I finished work, I picked up a chopstick with my right hand, but I was still too overwhelmed to eat anything. I don’t know when I will recover. Zhang’s death is the third caused by a falling tree following those of a 19-year-old university student in Stanley in 2008 and a cyclist in Sha Tin in 2010. Photo: Sam Tsang

“But after such darkness, everyone tried their best to bring the new life outside the dark valley and towards the light, and everyone felt no regret.”

A hospital spokesman said that one of their doctors “shared his personal feelings” on Facebook. “He removed the message soon as he later felt that he might have given inadequate consideration for the family’s feelings.”

Zhang Qin, 37, was killed on Thursday when a 10-metre-tall tree fell on her at Palm Court, Robinson Road, in Mid-Levels.

A hospital spokesman said the baby was in critical condition yesterday.