Of all the millions of names to choose from, PAGASA chose Typhoon Jose for Philippines.
This just cannot be a random coincidence.

BTW, another typhoon was named after Brenda in 1989 – 25 years earlier.

Agence France-Presse and Reuters in Tokyo

Typhoon Halong is lashing Japan as it enters a holiday week, injuring six people and causing authorities to order the evacuation of half a million people near swollen rivers. Photo: AP

Typhoon Halong killed one person in Japan on Sunday and injured 33, media said, as authorities ordered 1.6 million people out of the path of the storm that battered the west of the country with heavy rain and wind.

“Special warning” is only attributed to disasters that occur once in dozens of years.

Authorities issued the highest typhoon alert and landslide warnings as the storm dumped a metre of rain in an hour, and caused widespread disruption to travel at the beginning of the summer holiday season.

One man was washed away in an overflowing river in Gifu prefecture and died later in hospital, while a surfer was missing off the coast of Wakayama prefecture, the NHK national broadcaster said, adding that 33 people had been injured.

More than 200 flights were cancelled and some bullet trains suspended services, leaving people setting off for “o-bon” summer holidays stranded at airports and stations.

The typhoon is expected to head north, passing over Japan’s main island of Honshu. About 40 cm (16 inches) of rain and heavy wind are forecast for eastern Japan, including the Tokyo metropolitan area.

The strong typhoon made landfall near Aki, Kochi prefecture, on Shikoku island at around 6am, an official at the Japan Meteorological Agency said.

The agency said the levels of torrential rain monitored in Mie were already ”unprecedented,” which could trigger massive landslides or cause major floods. 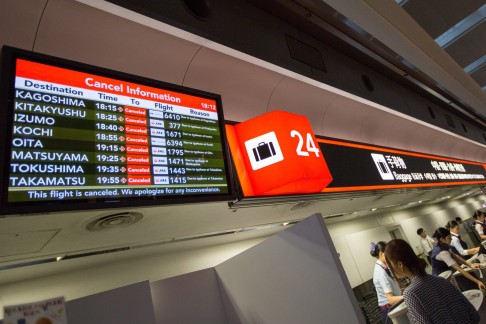 Television footage showed high waves triggered by the typhoon splashing over breakwaters and muddy torrents roaring down a swollen river.

At least 143 more flights will be cancelled on Sunday due to the typhoon, which came as Japan had just begun its annual “Obon” summer holiday, NHK said.

Halong comes a month after Typhoon Neoguri (Florita) killed several people and left a trail of destruction in southern Japan. It rapidly intensified into a category 5 super typhoon.

The typhoon east of Central Luzon has entered the Philippine Area of Responsibility (PAR) and was named ‘Jose’, state weather bureau PAGASA said Saturday night. PAGASA uses its own naming scheme for tropical cyclones in their area of responsibility. The name Jose was used for the first time this year.

The Philippine Atmospheric, Geophysical and Astronomical Services Administration, abbreviated as PAGASA, which means “hope” in the Tagalog.

Last weekend, a man drowned in a raging river while more than half a million people were advised to evacuate as heavy rain from Typhoon Nakri (Inday) lashed the country. The storm that wasn’t recognized by JTWC for 4 days.The name was contributed by Cambodia and is the name of a jasmine flower. 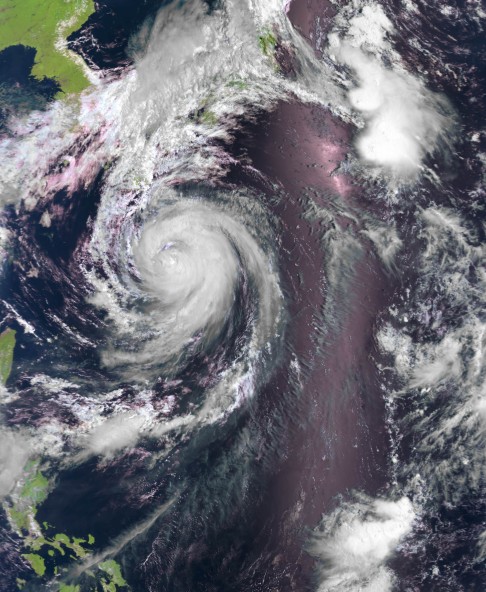