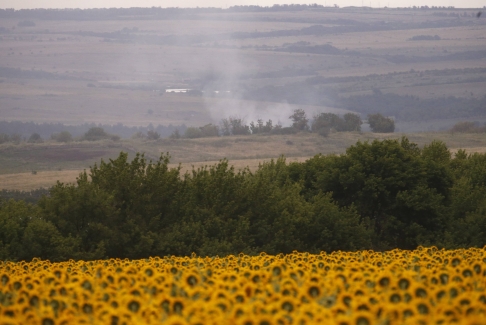 Smoke rises above the site of a Malaysia Airlines Boeing 777 plane crash near the settlement of Grabovo in the Donetsk region, July 17, 2014. Photo: Reuters 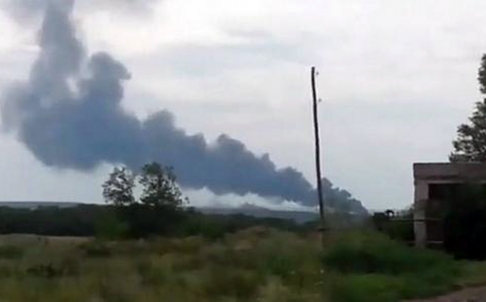 A Malaysia Airlines passenger plane that crashed in eastern Ukraine with 298 people on board on Thursday was shot down by a Buk ground-to-air missile, a Ukrainian interior ministry official, quoted by Interfax news agency said.

Dozens of bodies were scattered around the smouldering wreckage of a passenger jet that crashed in eastern Ukraine on Thursday, a Reuters reporter said.

An emergency services rescue worker said at least 100 bodies had so far been found at the scene, near the village of Grabovo, and that debris from the wreckage was scattered across an area up to about 15 kilometres in diameter.

Broken pieces of the wings were marked with blue and red paint – the same colours as the emblem of the Malaysian airline which lost track of a flight from Amsterdam to Kuala Lumpur that was carrying almost 300 people.

An adviser to Ukraine’s Interior Minister said the passenger jet, carrying 295 people, has been shot down over a town in the east of the country. The plane was flying over a region of military action where Ukrainian government forces are battling pro-Russian separatists.

The official, Anton Gerashchenko, said all the 280 passengers and 15 crew had been killed.

Gerashenko said on his Facebook page the plane was flying at an altitude of 10,000 metres (33,000 feet) when it was hit on Thursday by a missile fired from a Buk ground-to-air missile launcher.

Russian President Vladimir Putin in a telephone conversation told US President Barack Obama that a Malaysian airplane crashed on Ukrainian territory, the Kremlin said on Thursday.

The two leaders held a pre-planned call on the situation in Ukraine during which information became available from air traffic controllers about the crash.

Ukrainian President Petro Poroshenko said on Thursday that the Malaysia Airlines jet “may have been shot down”. Malaysian Prime Minister Najib Razak issued a statement saying: “I am shocked by reports that an MH plane crashed. We are launching an immediate investigation.”

Malaysia Airlines confirmed they have has lost contact of MH17 from Amsterdam late on Thursday. The last known position was over Ukrainian airspace, the airline said on Twitter.

The Interfax report said the plane came down 50 kilometres short of entering Russian airspace. It “began to drop, afterwards it was found burning on the ground on Ukrainian territory,” the unnamed source said. 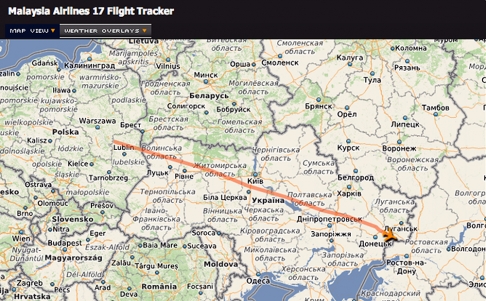 The plane appeared to have come down in a region of military action where Ukrainian government forces are battling pro-Russian separatists.

A separate unnamed source in the Ukrainian security apparatus, quoted by Interfax, said the plane disappeared from radar at a height of 10,000 metres after which it came down near the town of Shakhtyorsk. 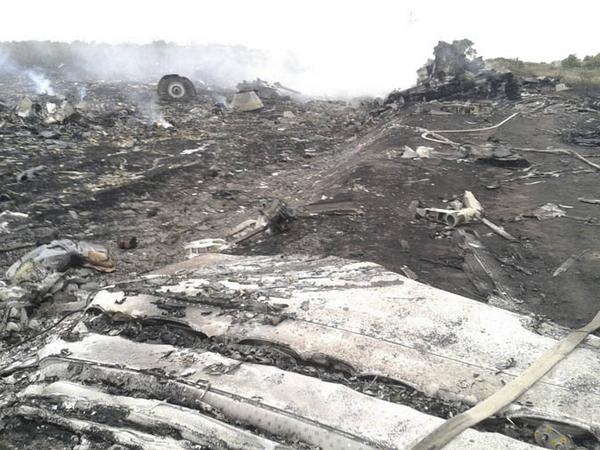