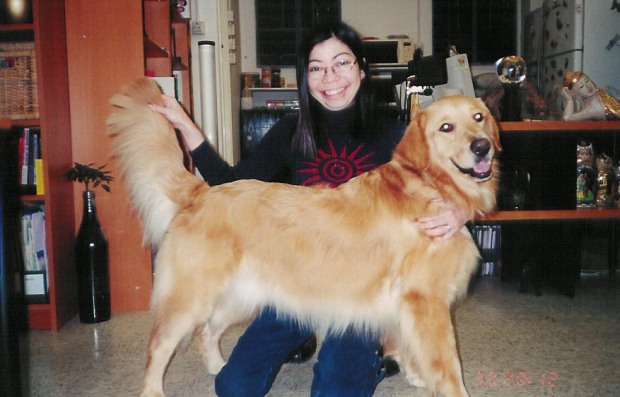 Notice: There are 3 reasons why I’m writing this. Firstly I have many friends and ChangeU graduates who really want to know what happened to Brenda.
She was very popular. I’ve told parts of this story so many times that I wanted people to read the full account in my blog here.

Secondly, it’s quite healing for me to express my grief by writing about it.

I heard the news quite late around 7:00pm on Saturday, 21 December 2013.
According to Brenda’s father, 2 days earlier she had coughed out some dark fluid.
Brenda refused to go the hospital. She even pulled out the phone cord so that her father could not call the ambulance.
I think she wanted to die…

The cause of her death: multiple organ failure due to a large perforated intestines that spread toxins throughout her body. The perforation of intestines was caused by a rare Crohn’s Disease which she suffered from since 1994. Crohn’s Disease can affect the intestines, and make it inflamed. It’s caused by a defective gene that incorrectly tells the intestinal defense systems to vomit and diarrhea out food and fluid as ‘poisonous’. So she would always be underweight looking almost anorexic. At one time she was 72 pounds. I broke my heart to see her that thin.

She went into coma after the MRI scans and just before a 2½ hour surgery on Friday. The damage was too great to repair so they just cleaned the intestines. This second time she did not survive after the surgery.

She had multiple organ failure and had full life ICU support immediately including a respirator which pumped air into her lungs.
She couldn’t breathe by herself from Friday onwards.

It was the start of a very long, slow, painless death as her heart failed slowly from Friday to Monday 5:23pm.

I had taken the most scariest flight of my life from Kuala Lumpur to Hong Kong.
I went through huge roller coaster of emotions.
I felt helpless, in denial at times, angry at myself, and the huge guilt in my heart weighed me down.

I arrived at 6:00pm at the ICU (6:00pm to 8:00pm were the ICU official visiting hours).
I was immediately confronted by a menacing close relative of Brenda with the same first name.
She asked “Why are you here!”
I’ve met her twice before. I thought she was friendly, a bit timid and mousy. But not that day.

I so wanted to give it to her but immediately the ICU doors swung opened and I had to brace myself to see Brenda for the first time since hearing the news.
I had high hopes to inspire her to fight to live as I seen her do that countless times.
This time it immediately felt different – she was a coma. I’ve never seen her in a coma.

What happened to my Brenda…

I pulled back my tears. I started talking to her. There were no response for the first time.
Never mind I’m going to help her ride it out. I talked and talked like she could hear me. Then the doctor came.

I identified myself that I was her husband. Brenda and I were separated since 2010 but we were working together as co-coaches from 2000 to 2012. We had filed divorce papers in 2010 but never go to complete it.
There were disapproval stares from Brenda’s relative.

She would later post a most hurtful post in Brenda’s Facebook timeline commenting:
“To all Brenda’s friends! Beware, Robert, her ex is asking for donations to be pocketed by himself as he is not paying for anything. I find that he is a scammer, and will do anything to obtain a dime!”

The doctor asked for my approval that when Brenda went into heart failure the doctors would not resuscitate  her as she would only live for another few minutes.
Her parents had already given approval earlier that day. I agreed.

Then it suddenly hit me like a ton of bricks: my wife was dying on me.

It was the rudest reality check I ever had.
I had to let go. Let God.
I went from encouraging her to stay alive to a whole night of saying goodbyes in just 60 minutes.

I left after the official ICU visiting hours at 8:00pm.

That whole night I felt the most uneasy, the weirdest feeling that something is very wrong. I was very unsettled.
I thought I was going into depression.
I was terrified, trembling…
I told my doctor brother not to leave me alone… and he played soothing jazz music.

At around 1:00am I got the dreaded call from Ruttonjee Hospital, Hong Kong.
It was so surreal… I didn’t want to hear it. OMG.

The nurse calmly said “Brenda’s both heart rate and blood pressure are down to a danger level,
so we have unhooked the kidney machine so that she can live a bit longer.
She will die anytime, maybe in the next half hour, 2-3 hours, or at the latest early morning.”

I was totally numb and was asking irrelevant questions.
The nurse sounded irritated and asked “Are you coming, or do you want to talk the doctor?”
I said “Ya, I like to talk to the doctor…
No… I’ll come now.”

My brother called for Taxi service.
My brother reminded me:

“She can hear you even if she’s in a coma”
(this critical advice turn out to be the number one soul saver for me and Brenda’s friends)
The taxi ride was a hell ride… my heart pumped like crazy.
It felt like eternity but it actually took only 12 minutes from Clear Water Bay where I was staying to Ruttonjee, Wan Chai.

What if… what if… she dies before I arrive…
My head spun uncontrollably.

I arrived and Brenda’s Dad and Anita, her sister-in-law were there 10-15 minutes before me.
It turned out that the three of us stayed the whole darkest night until the time of her death.

Swiping Brenda’s tears in heaven
I said my goodbyes, close to her ears.
I saw a tiny drop of tear on both eyes.

I wiped them tenderly.
I wiped again several times.

This early morning time (1:25am-4:00am) was the only time her eyes were untaped.
And I could feel her eyes and more of her face.

I finally dared to hug her upper body.
I asked a nurse to lower the side barriers so that I can fully reach her body.
Previously, I was too self-conscious to express my gestures to Brenda.

I lifted some of the bed sheet and clothing to see her body.
Her hands were bloated swollen.
I saw that her skin all over looked like heavily bruised, bluish, reddish, blackish.
This was the worst skin condition I ever saw in Brenda or anyone.
I was so so so so sad and totally heart broken to see her in that worst condition.

I felt fluid beneath her body. I saw her underside was soaked
– must be from fluids slipping out after the kidney machine is removed.

I stroke her anyways.
Her hair, face, forehead, chin, cheeks, especially her upper chest for most times.
I kiss her face and her forehead.
The many tubes from the respirator to her nose and other areas were obstructing.

I know she knows I’m there.
Brenda recognizes my touch very well.

I talked, talked, and talked to her.
I had Brenda all to myself.
It felt real good at times.

Brenda had zero movements from the first time I saw her.
She was like a vegetable – in coma.

I was already very grateful that I got see her.
But the bottomless guilt was heaving hard on me.