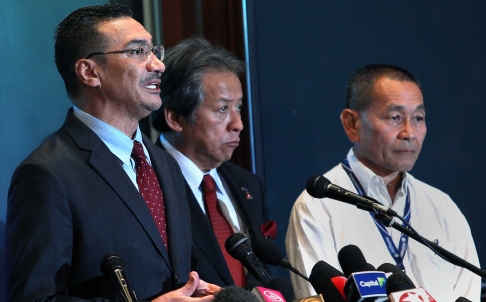 The sad saga of Malaysia Airlines Flight 370, supposedly flying from Kuala Lumpur to Beijing, tells many stories of our times.

Malaysia’s prime minister, Najib Razak, took seven days before admitting that MH370 had flown on for seven hours after its last contact, in a different direction from the one to which it was supposed to be going.

Acting transport minister Hishammuddin Hussein, who is also minister of defence, Malaysia’s public-point man in the search for the missing aircraft, had seemed all at sea, even though he is supposedly a political heavyweight and possible successor to Najib.

In too many countries, political power does not translate into competence. Malaysia’s ruling party and its ruling families have maintained unbroken power for more than 50 years by gerrymandering and bullying the press and critics with the Official Secrets Act and the Internal Security Act. Sadly, the talent of the government has not grown with the riches that its rulers have amassed.

The country’s gross domestic product has grown to some US$10,000 per head, twice that of Thailand and three times Indonesia’s, but it is still only a fifth of Singapore’s. When I started Business Times in Kuala Lumpur in 1976, we regarded ourselves as equal if not better than Singapore.

Malaysia has been run for the past 40 years for the benefit of the majority Malays, to the relative detriment of the Chinese and Indians who make up a substantial minority of the 29 million Malaysians. If Malaysia had taken a more international attitude, it might be richer than today and Hishammuddin might have been better able to answer hungry media questions.

Didn’t he think that, as transport minister, it might be worth talking to himself as defence minister to ask his armed forces what their signals had picked up? Shouldn’t Malaysia have immediately asked other, bigger countries in the region with powerful signals and intelligence systems for their help?

After all, a Boeing 777, even with its communications systems disabled, is much bigger than a hostile fighter or bomber, and it is hard to imagine that China, India, Pakistan, Indonesia or Australia would allow an alien aircraft into their air space without challenge.

It is a weak defence that Hishammuddin did not want to scare people with wild unproven theories. The internet has gone berserk with all sorts of theories. He could have calmed speculation with greater honesty.

Malaysian police also did no good for their reputation by manhandling grief-stricken Chinese relatives of passengers on the flight.
But Malaysia is not the only one to blame. Thailand’s military admitted that it received radar blips possibly from MH370 more than 10 days before it told the world, but said, “we did not pay attention to it”. Indonesia delayed overflights by search and rescue aircraft for several hours.

You would have thought that a disaster like this would have prompted all the emergency services of all countries to pool their information to discover what happened to MH370 in real time or at least soon. Evidently not: so much for a world that cares about the fate of human beings.

The media cares, hovering like vultures over Hishammuddin and potential victims. But the question remains – how much time and money have been wasted because the Malaysians were not honest?

The death of any of the 239 people on board diminishes us all. We saw the same concern with the 33 miners trapped in Chile in 2010, which was followed breathlessly, moment by moment, until the miners were safely rescued.
But, every day, hundreds of people die from hunger, accident and disease that could be prevented. Every day, governments of so-called “great powers” – great in muscle but not in brain or moral sense – add to the numbers of those who die unnecessarily. US deadly drones strike innocent and guilty alike. Russia condemns hundreds to death by its support for Syrian tyrant Bashar al-Assad. China counts any protester as an enemy.

Perhaps only brave reporters, like Lyse Doucet of the BBC, bring people alive, not as numbers but as human beings who could make a contribution to the world. The problem is how to recognise what a human being is without waiting for a tragedy like MH370.

Kevin Rafferty, editor of HandaiGlobal, was founder-editor of Business Times in Malaysia